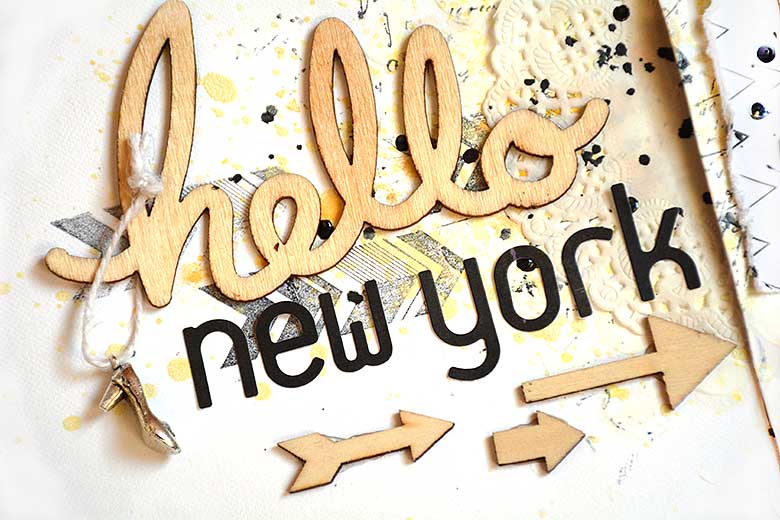 Another newly created layout with a photo from New York. We took this picture from the top of Rockefeller Center with an illuminated Empire State Building in the center. 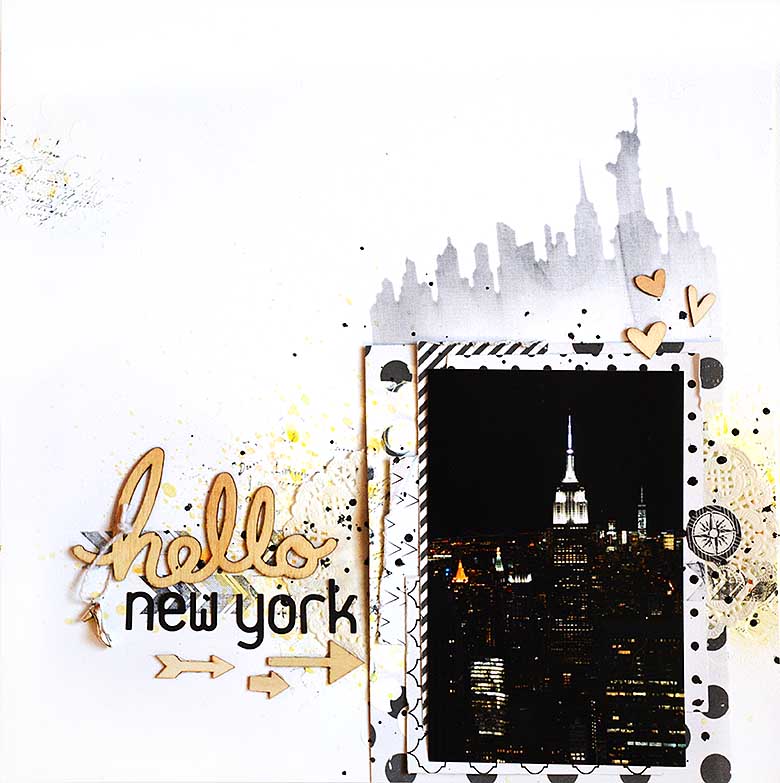 Scraphuset have a challenge in January with a bingo card where you will use the contents of at least one line on the cars. I have used row 6 consisting of dots, hearts, torn or scraped edges, arrows and charm (s). Charms are small pendant, often in metal used to decorate with.I used a little high-heeled shoe that I tied to the wooden carved text “hello”.

I bought an idea with a die in New York with a silhouette of NY’s skyline, I cut out that in paper which I then use as a stencil on the background. 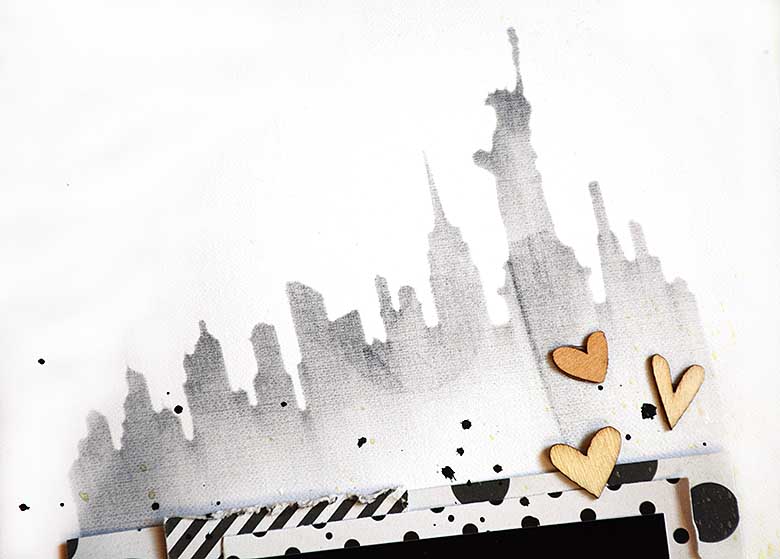 My mother as young by the sea