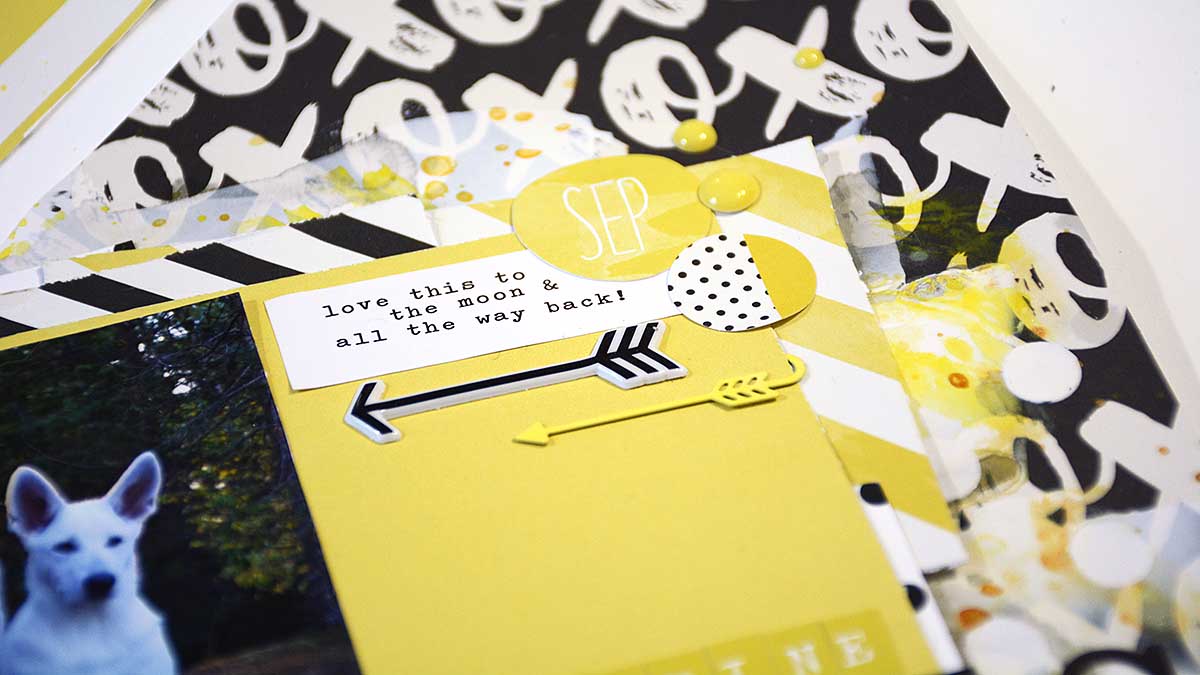 Today it is a funny sketch in which to create on the diagonal to be inspired by at Swe Scrapboo. Myinterpretation of it became a layout that received the title of Sunshine girls. 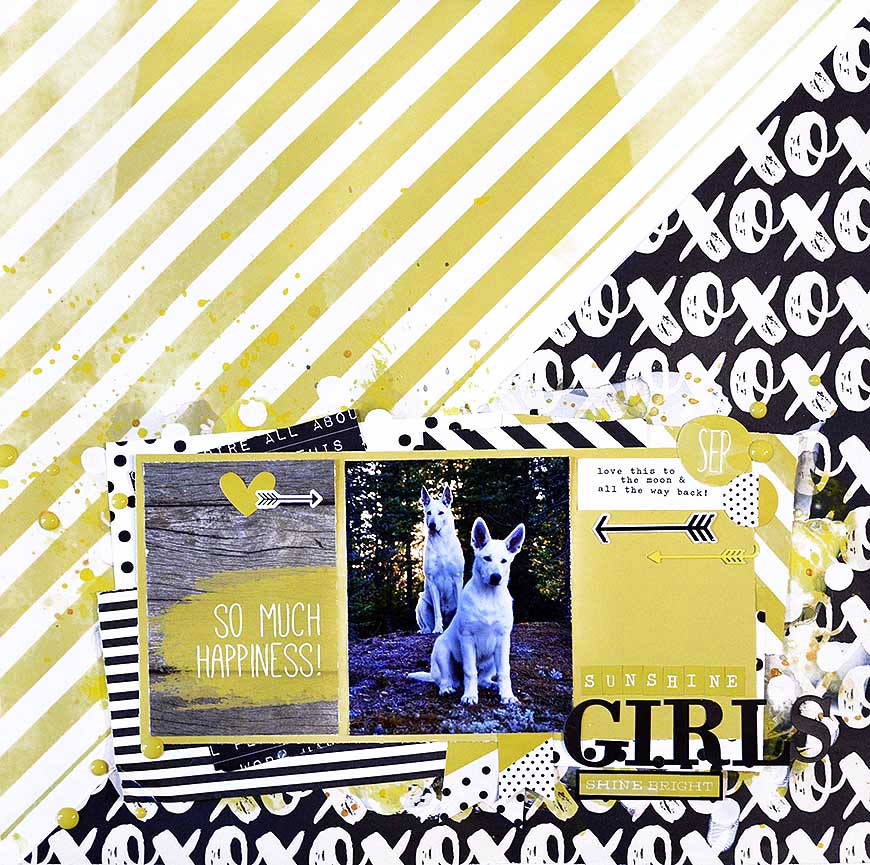 The photograph on the layout is from the fall when Nova was quite small. It is so nice for it looks as if Sally keeps a watchful eye on her kids. The sun shines behind Sally and gives an extra touch to the picture. 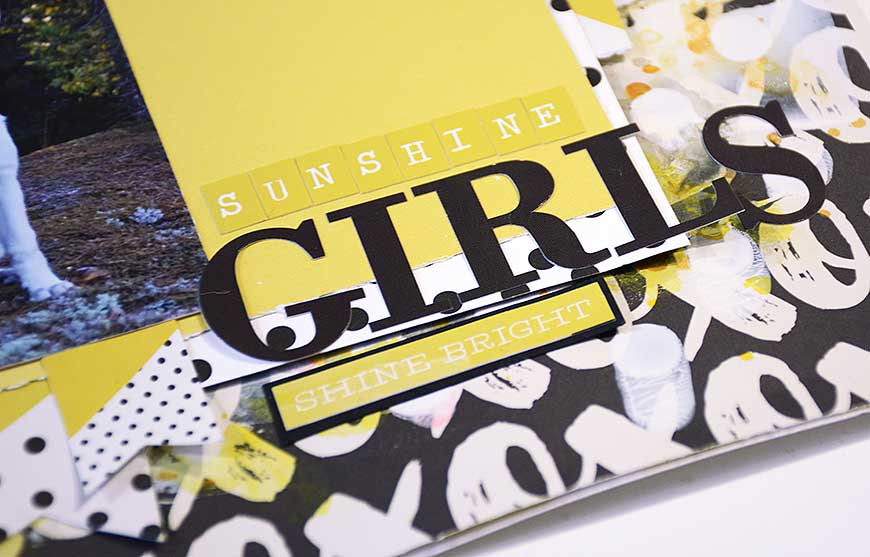