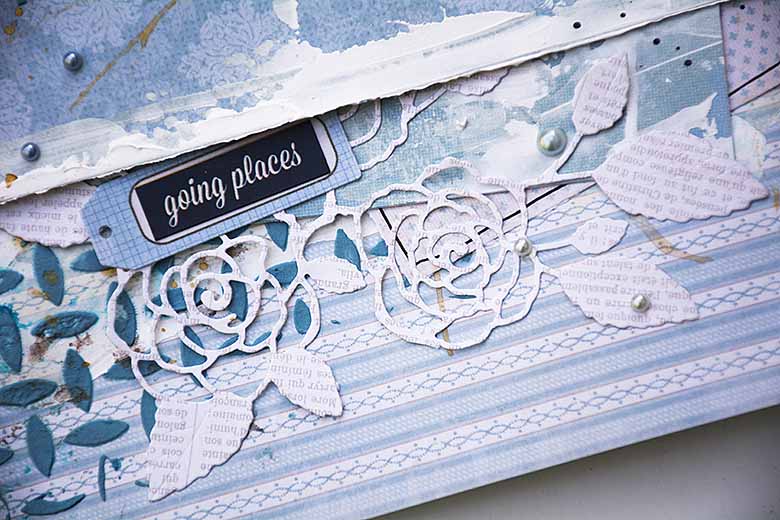 Today I show a layout in blue tones at Hobbyworld, which gives me some sense of Tomas Ledin’s song “Blue, blue winds and water …”. For this layout, I used paper from the series Flea Market which we in the design team at Hobbyworld had been sponsored with by Pion Design. The layout was given the title This way because of the small metal plate that decorate the layout.

I mixed in a bit of blue perfect pearls in the modeling paste that I used with the cute mask with roses that are from Prima Marketing and called Fading Floral to get some more structure. 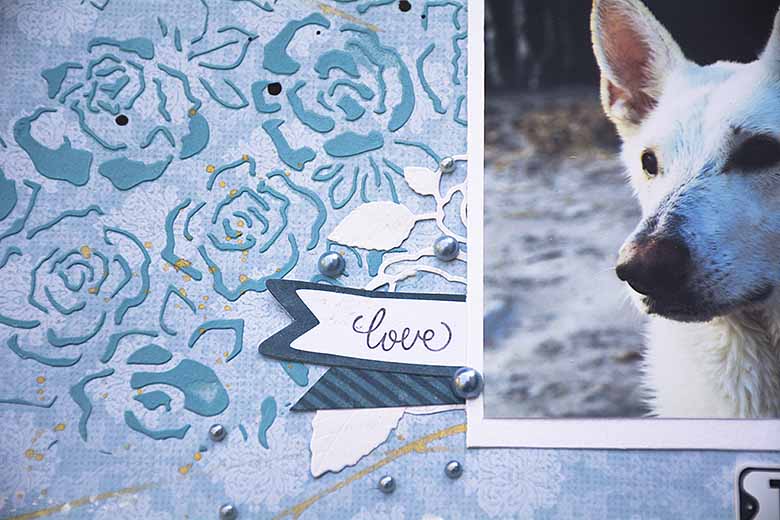 I have used a delectable die as I have just got from the Memory Box called English Rose Bouquet which I bought at Scrapbruket, you can find it here. 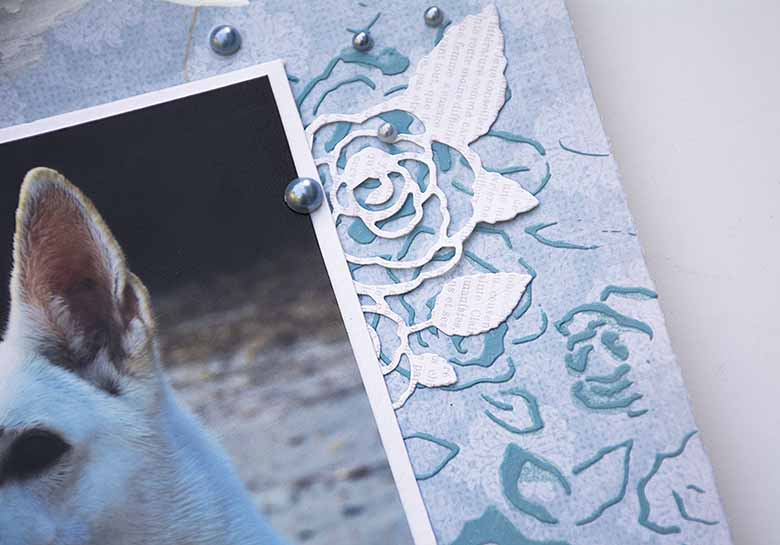 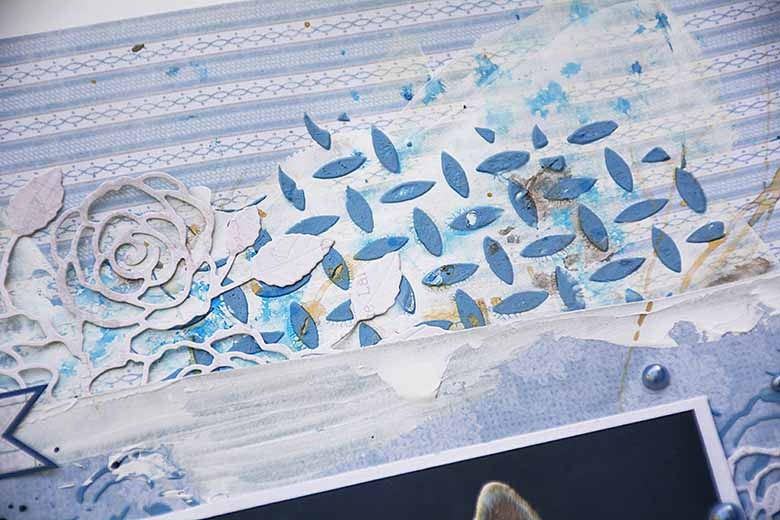 Although this mask is bought at Scrapbruket and it’s called Dutch Doobadoo A5 Mask Art Stencil – Metall 2.