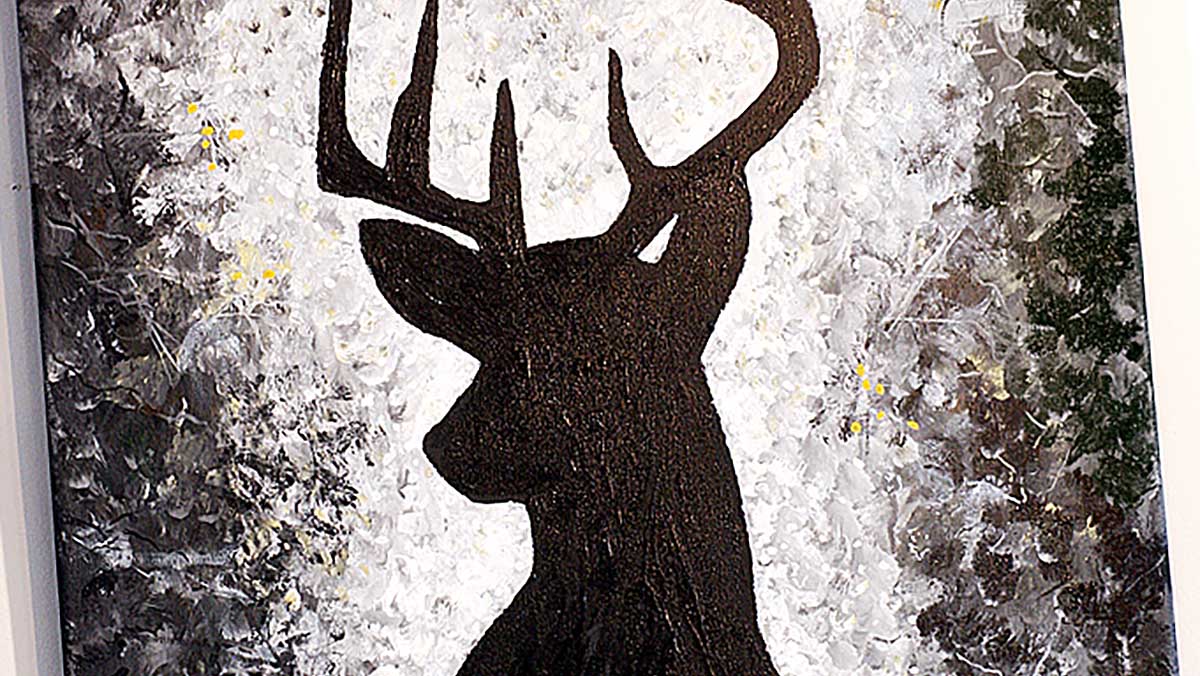 I decided last week that this weekend would be the last one that I devote to Christmas crafts before Christmas, I have a great inspiration for crafting this year but the next few weeks I need to focus on other Christmas preparations as baking, Christmas shopping, cleaning, etc. I passed this goal to complete the project I have planned and I feel probably most pleased with a christmas painting that I would say is done in mixed media which I completed yesterday.

The painting is 50 x 70 cm big and hang in the kitchen which is decorated in the colors white, black and gray. The Christmas painting is painted on a black canvas with acrylic paint. The silhouette of the deer head, I wrote on a printer, cut out and used as the stencil. The text is cut out of in black cardstock using my Silhouette Cameo, which is a very fun and useful machine.

Today when I was finished crafting I took a walk on the mountain, it feels like it was a long time since I was in the woods. In the evenings it’s too dark and the last weekends I spent on other things. 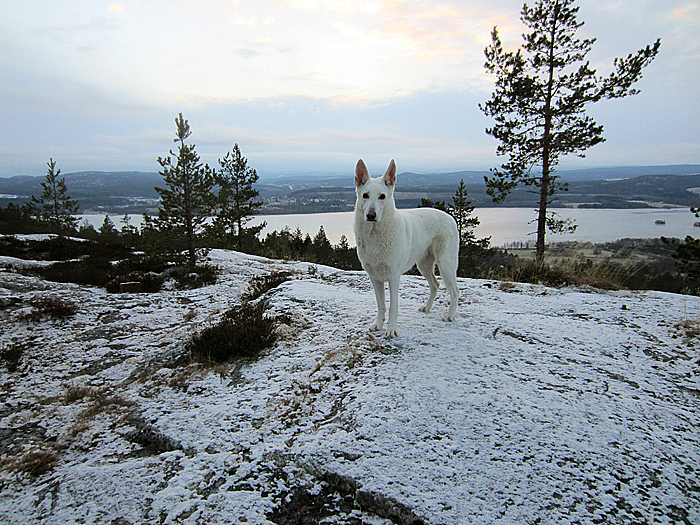 On Thursday evening I took a walk with Sally, I had been to the chiropractor in the day and was pretty bruised so it was a short round where we went over a meadow across the road from our house. On the day our son had seen roe deers there when he was out walking with Sally but I thought they should be gone by now so I let Sally walk without a leash. It was a full moon so it was good to go there even though it was night but at the ditches in among the rice and brushwood it was dark. When we moved halfway across the meadow suddenly Sally take off at full speed toward the nearest ditch. I yell “Stop!” and Sally stops!?!?! The grass in the meadow was frozen so when Sally and I standing still we heard the rustle in the grass of animals running away only a max 10 metres in front of Sally. She stands there and I tooke up some dog candy from the pocket and call for her. She comes and we have a full party with a bunch of reward and playing.

For me this was a huge victory because I had problems with Sally dash off on hunt when the temptation becomes too great. That she obeyed my command and came when I wanted, even though it ran deers in front of her nose, is a thousand times better than all the points and wins in obedience competitions. Then, I hope it goes as well next time, you can never be completely sure.

Christmas giftwrapping in black and white