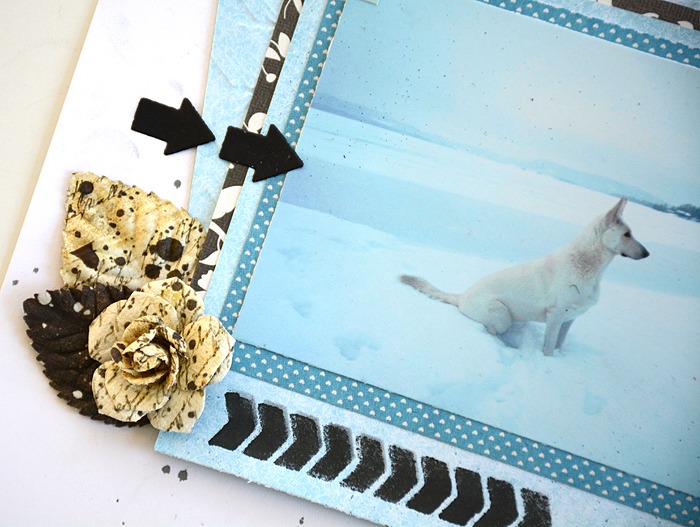 My inspiration works to Hobbyworld this week is a layout with a photo of Sally in twilight blue hour. The layout has been given the title Blue Hour and just as the title the layout also contains most of blue colors. 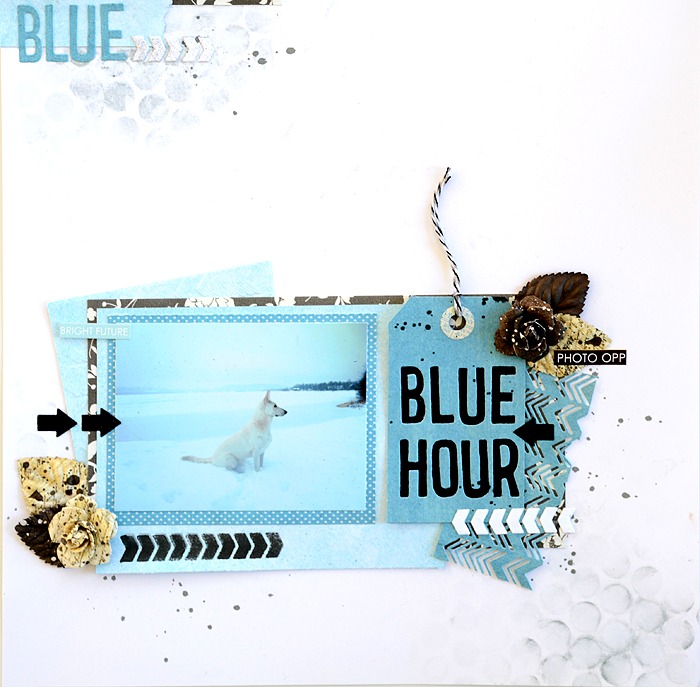 For the title, I have used new dies from Tim Holtz with separate letters, there are also several of each letters that you use the most, which is very useful. Leaves and flowers are from Prima Marketing. 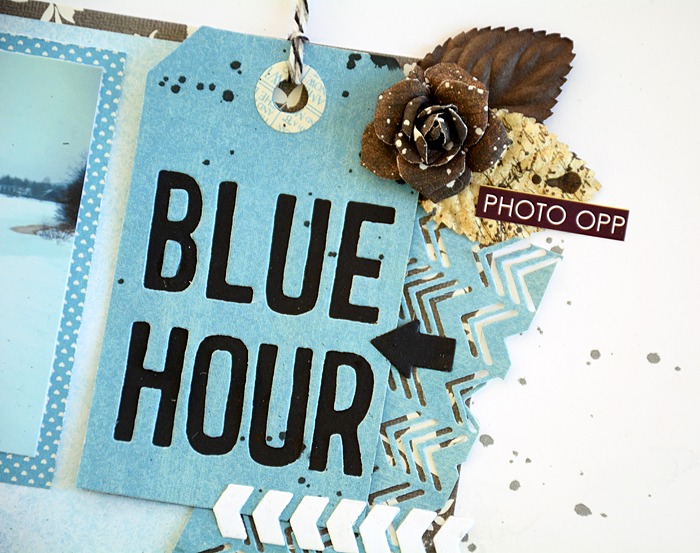 Other dies that I use is from a new supplier for Hobbyworld named Couture Creations. I have used a die from them for the background with the chevron pattern and arrows, both the black and chevron arrow.

I also used the part that was left when I punched out chevron arrow as a mask that you can see beneath the photograph.