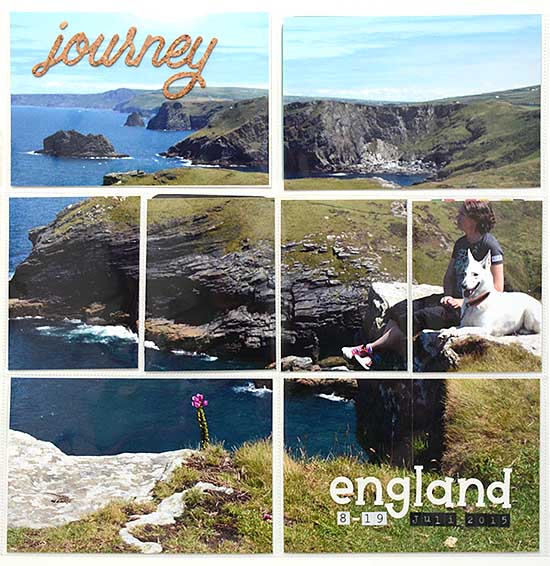 During our trip to England this past summer we photographed a lot and I realized fairly quickly that the images would not fit in the standard Project Life-album of 2015 so I have made a separate england album. Most of the photographs have I put into the photo pocket pages but I have also put traditional scrapbooking layouts that I made from the journey in the same album.

In this post I show almost all of the pages I have done in PL-style, starting with the first page of the album. I have used the same core kits to the entire album from Becky Higgins that’s called Project Life Core Kit – Confetti Edition. 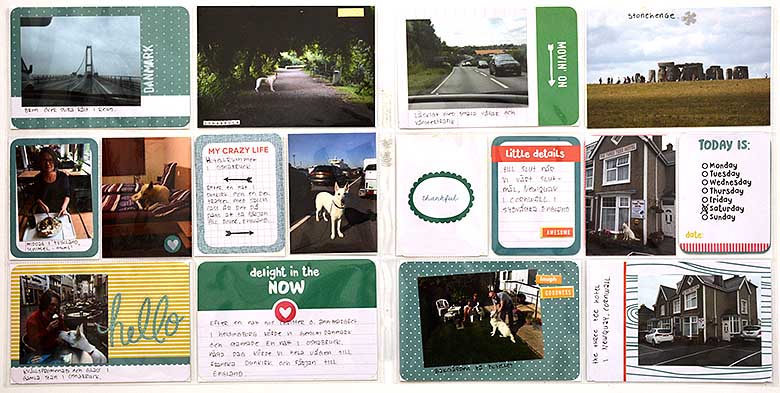 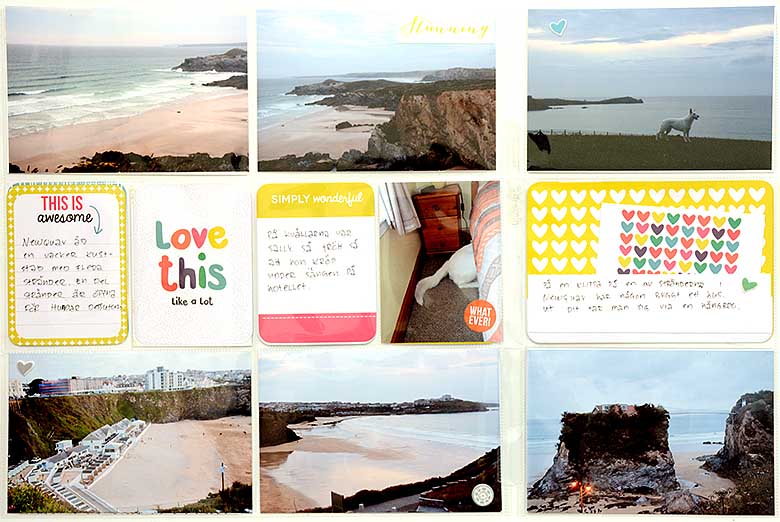 Here to the right have I used a plastic pocket that I cut off so that it only contained a series of images with 6×4 inch in width. 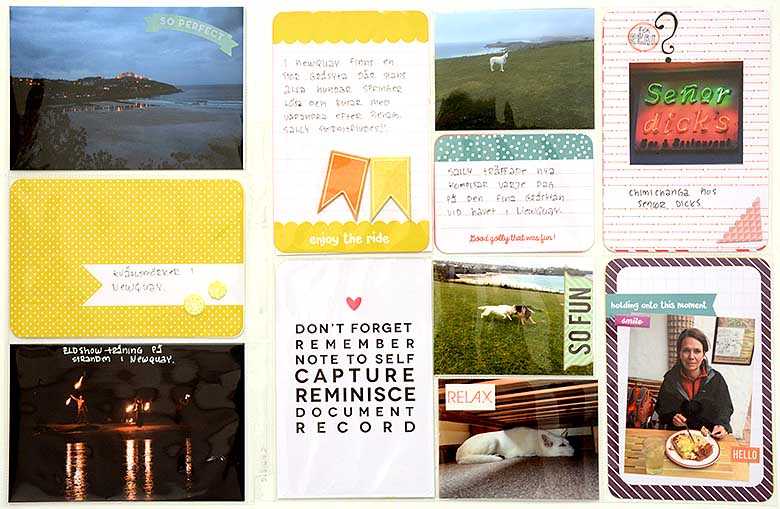 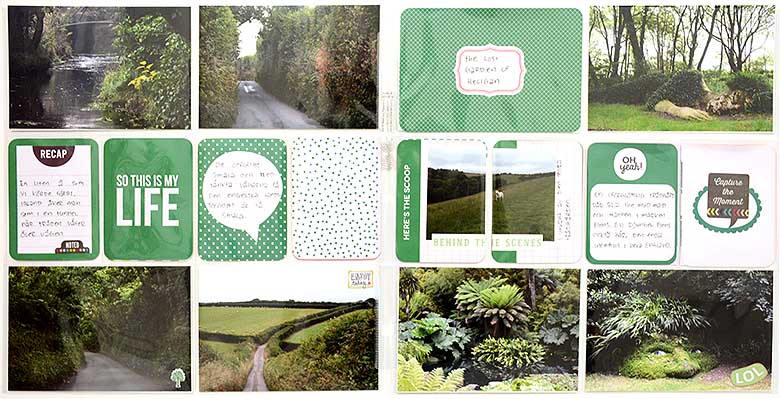 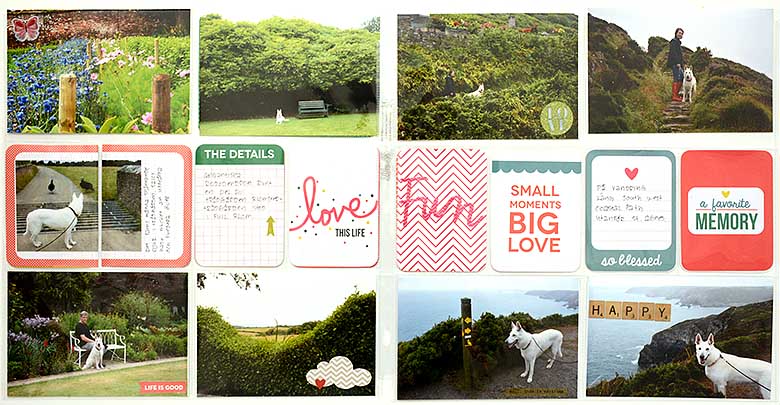 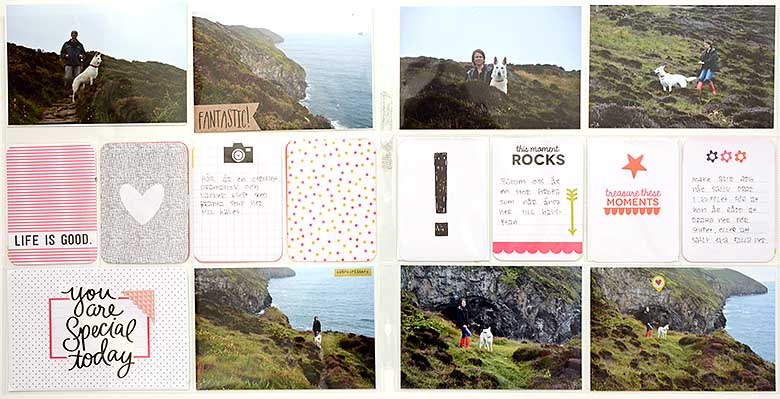 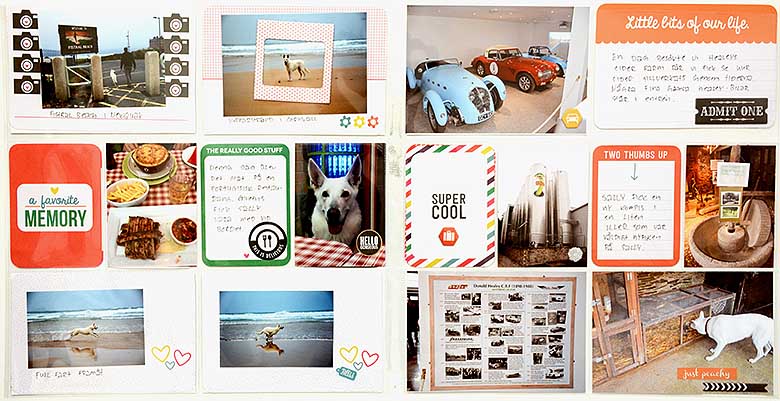 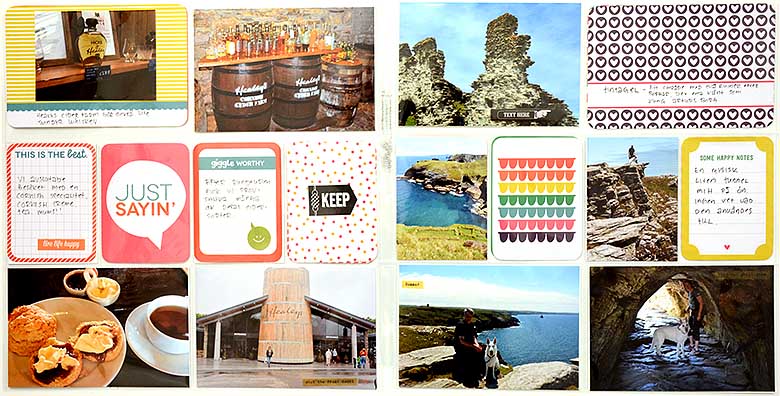 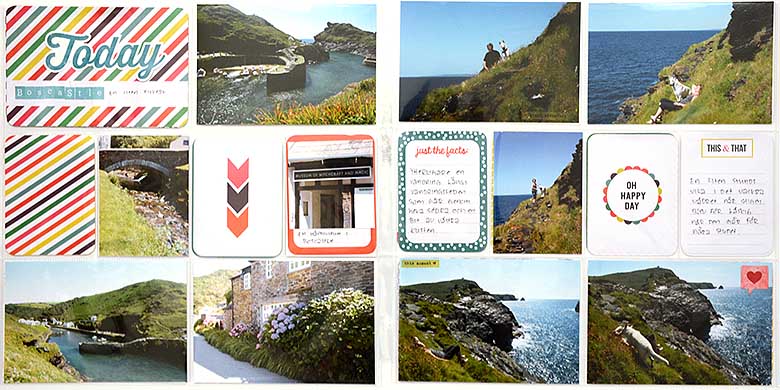 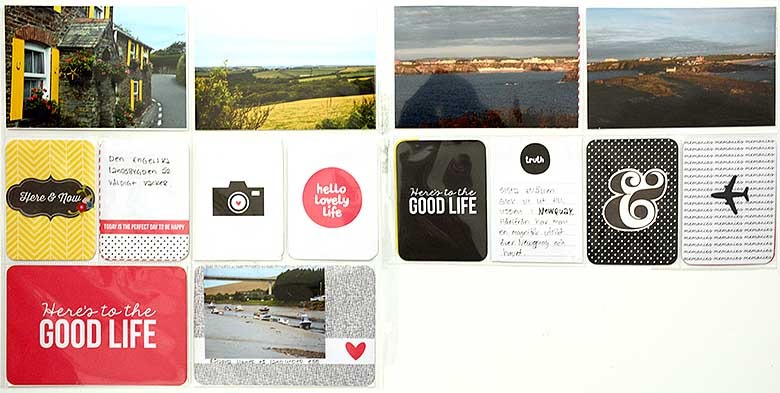 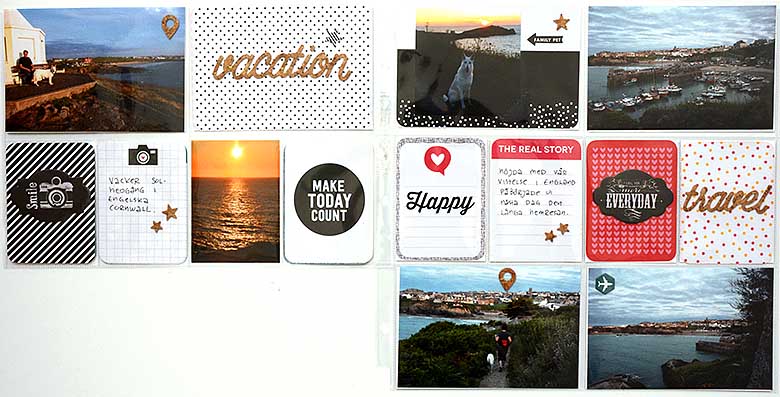 The last page in the album. 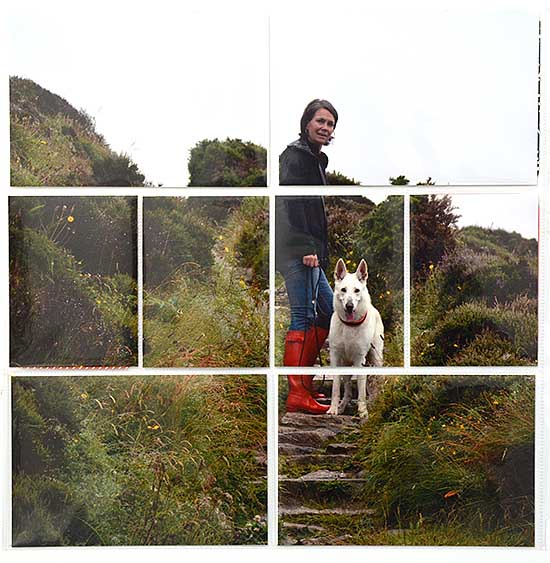